Taking the bike is a smart and environmentally friendly way to get around. Despite the fact that many bicycles are in traffic, far too few use reflective gear on their bicycle, according to a study by NTF (The Swedish National Society for Road Safety). A survey we did at Smart in the dark® showed that many adults are over using reflective gear for cycling because it is not considered stylish or trendy. That is why we offer reflectors that are stylish, smart, visible and that also become a nice accessory to your attire. The idea is that you should feel both good-looking and safe with our reflective accessories regardless of whether you cycle to school, to work or are on your way to the party. Further down, we suggest three basic sets of reflectors to carry with you when you are out cycling.

According to a research study conducted at the University of Skövde investigated how to increase the visibility of cyclists in traffic with the help of reflex. Interestingly, it turned out that our classic reflective vest has provided a false security over the years. The vest does not sit on any moving part of the body, therefore it becomes difficult for the motorist to perceive the cyclist’s movement pattern. By using reflective gear on arms and legs that are constantly in motion, you help the motorist to get information about where you are going. For example, reflective bands on the legs help to signal if you are pedaling at the same pace, or if you are about to slow down. Similarly, reflectors on the arms help the motorist to read if you hold out your arm to turn left or right.

Tips on both stylish and smart reflectors for your bike ride

1. Reflective band for arms and legs

Reflectors on the arms and legs help the motorist to read your movement pattern on the bike. Therefore, these reflective bands for arms and legs are preferable as a basic set to start from. Smart in the dark®’s reflective arm and leg band easily attaches to the jacket and around the legs. They also become like a piece of jewelry for your outfit. 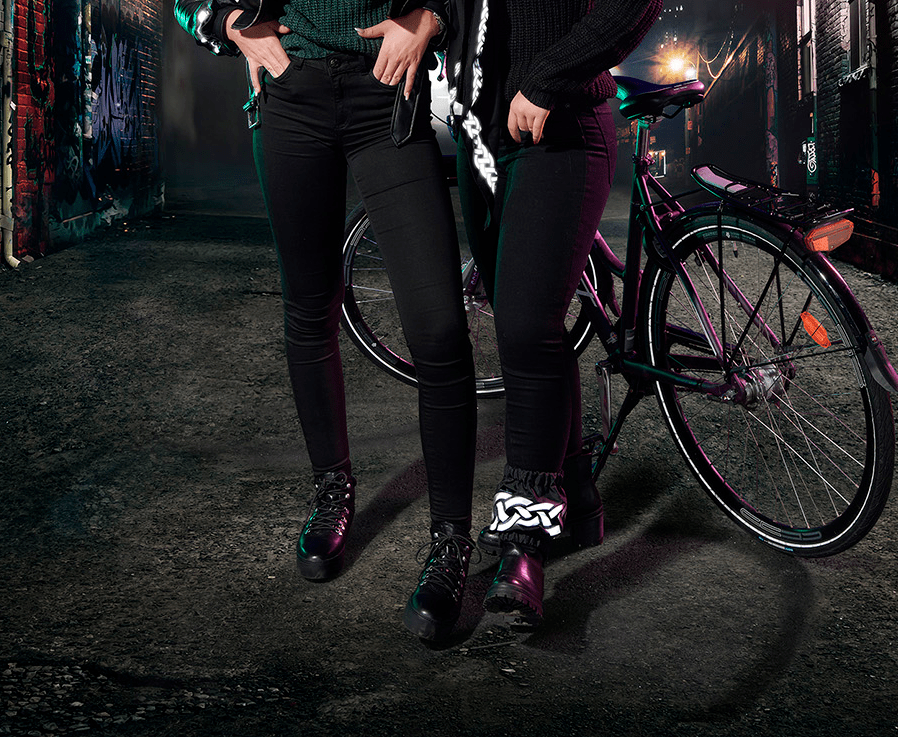 2.Reflectors on clothes with a smart reflective belt

To increase visibility even in the middle of the body, we suggest adding our reflective belt. You fasten it around the waist which becomes like a reflective belt and an accessory to the jacket. The reflective belt reflects in 360 degrees, which makes you visible from all directions. 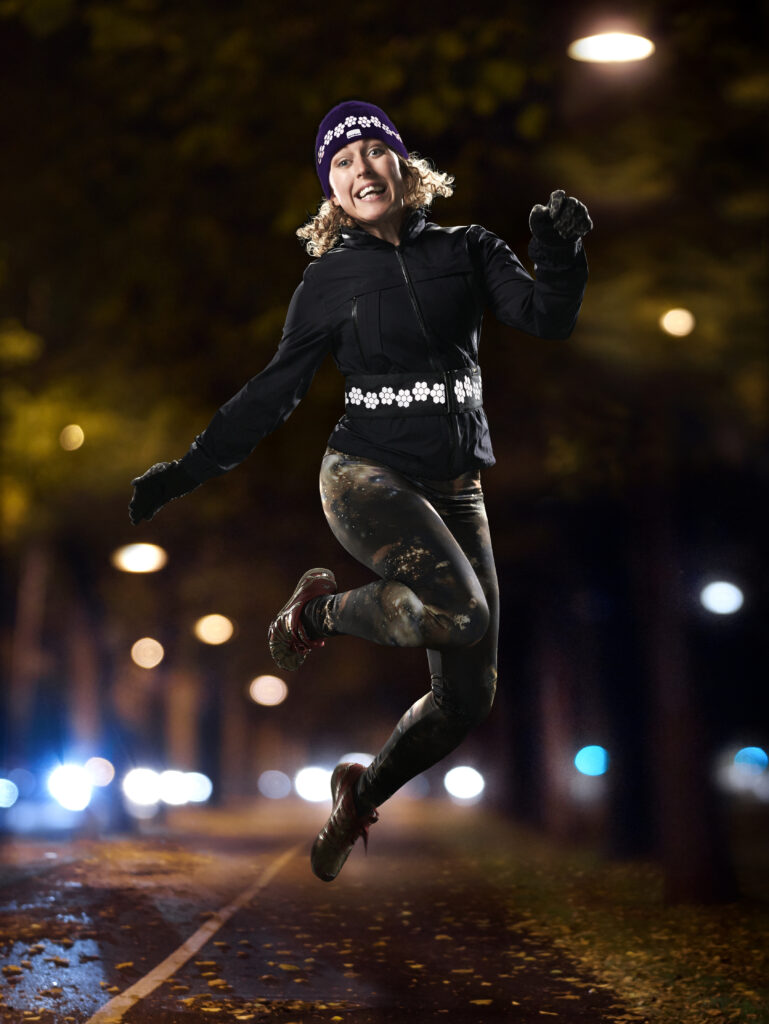 3. Stylish reflective shawl for increased visibility on the bike ride

Even in spring and summer, it can be cool in the air, especially on the bike as it likes to blow a little extra at speed. Wearing our stylish reflective shawl around the shoulders warms well from wind and cold while you are visible from all directions. Our reflective shawl is perfect when you are on your way to dinner or afterwork and want to feel extra good-looking while being seen in traffic.

Reflectors on the bike

According to the Swedish Transport Administration, it is law on bicycle reflectors when it is dark outside. The requirement is to have reflectors on the bicycle at the back, front and on the sides of the bicycle.

Why is it so important to equip yourself with additional reflectors, one might then wonder? Well, because the reflectors that you must have by law are only on the bike, which means that the motorist does not have a chance to read your movement pattern when you ride. And the more reflective gears you have, the better you look and the safer you become for yourself and others in traffic! You can also have the bad luck with you that the batteries for the lamp run out on the way home in the dark. Then it can feel safe to know that you are visible in the dark anyway. On the bike, you are not protected by walls and roofs as you are in a car and therefore it is extra important that you are visible with as many reflectors as possible on the bike, for both your and the motorist’s safety.

According to statistics from 2018 by www.ntf.se, cyclists accounted for almost half of those who are seriously injured in traffic each year. This makes cyclists the traffic group that includes the most accidents. Statistics also shows that 90% of the bicycle accidents with serious consequences occur in densely populated areas.

Calculations made by NTF show the possibility of reducing the number of accidents where cyclists are involved. With the right measures and efforts, these accidents could be reduced by 566 people by the year 2030, NTF emphasizes the use of reflective gears when cycling as an important part of this work!

We at Smart in the dark® work to reduce the number of accidents and suffering in traffic. We care about your safety and that is exactly why we have created our collection of designed reflective products. Because you are valuable.

Are you ready to be smart in the dark? View our reflective accessories for cycling, walking and other activities!